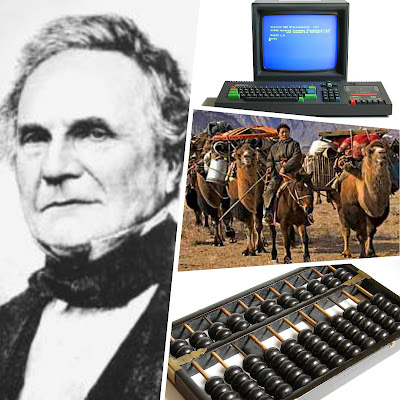 Around 2400 BCE, the Babylonians dicked around with the Abacus, a primitive calculator that could perform addition and subtraction. Later interpretations such as the Suanpan Abacus, allowed for very complex multiplication and division. I’ve no idea if these counting frames are considered the world’s first computer, but back then, it must have felt that way. Evidence shows many iterations of the Abacus, the Roman’s, Indians, Japanese and even the Native Americans were said to have used them; the latter consisting of coloured knotted cords, called Inca quipu.
I’m not even sure if the people using these devices even understood how it came about or had any sort of concept about how and why people invent things. I personally see modern day inventions as being as much about marketing, as they are about manufacturing; you only need to watch Dragons Den to see this play out. The story of the Abacus appears to be one of continual development, improving over thousands of years, but not trying to reinvent an existing idea.
I believe it’s the same with modern day computers, I don’t think we can really say that this person or that person indisputably invented the first computer, but I do subscribe to the idea that they evolved over time. The notion that a device for counting and calculating would be beneficial to mankind, is probably older than we imagine, with the original inventors long forgotten. Since before the first coin was punch hammered into existence, (dating back well over 2,700 years) there’s been a need to trade, exchange and count, from counting machines to calculators and now computers, the principle remains the same.
The durability and resilience of the Abacus should be celebrated, but I often wonder why we were so slow to change? For instance, the Abacus wasn’t bettered until 1642, with the invention of Blaise Pascal’s First mechanical calculator. So perhaps a more appropriate question would be, “Why the delay?” Could it be that we’re collectively against trying something new, fear the risk of failure, or simply prefer the tried and tested approach? I choose to believe it comes down to ignorance and unwillingness to change. 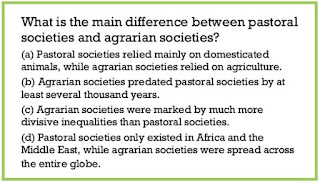 For instance, the transition from hunter and gatherer into an agrarian society ultimately paved the way for us to become an industrial power. But it didn’t happen overnight; before we farmed the lands you see today, a vast majority of the world’s population went through a long period of living as pastoral tribes. The transition into agrarian societies happened in numerous places throughout the world. Some were more successful than others, for instance, the Neolithic revolution, and it is here where we appear to see things gather momentum. This movement into agriculture allowed for the idea of accumulating excess product, in the event of a ‘rainy day’, or to sell on for profit. This in itself gave birth to the idea of ‘surplus stock’, specialisation, advancements in technology and more densely populated complex social structures. Good or bad, this gave those of entitlement, the opportunity to control the land and populace, restrict movement and force people into settlements and a taxation system.
It appears to me, that in an industrial sense, this traditional way of life not only held us back historically but continues to do so throughout much of the modern world. For instance, it has been estimated that upwards of forty million nomadic peoples still exist in the world today, mostly roaming throughout countries in the middle east, holding onto traditions, and their now fragile way of life (the impact of western civilisation in the 21st century). 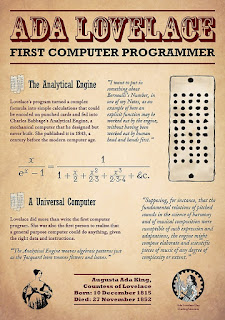 Rewind back to 1671; we start to see the rewards of a collective society. Gottfried Willhelm von Leibnitz laid down the foundations for ‘logic’ and ‘Binary notion’ (proper clever chap). But we still had to wait a while for any real excitement after that. It wasn’t until Charles Babbage entered the arena, in 1822, that we started to conceive and instill concepts around writing programs and storing data - this eventually gave birth to the world’s first mechanical concept computer. Not only was he instrumental in the planning and early design of computers, his machine, in theory, could easily perform precision arithmetic (later confirmed), as his architecture was very similar to that of a modern day computer. Later that same century, an English mathematician called George Boole popped his head above the parapet. He went on to help formalise logical operations, but this was still the stuff of philosophers, until the arrival of electronics in the 20th century.
abacus AMSTRAD CPC Blaise Pascal Charles Babbage Commodore commodore 64 Commodore Amiga COMPUTERS inca quipu Innovation Inventions ZX Spectrum