How to play retro games... TODAY 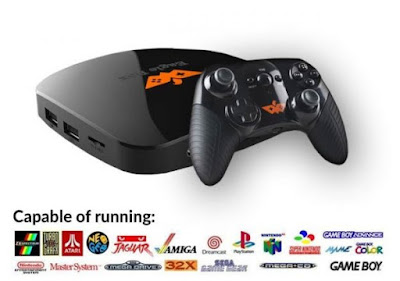 One lump or two

Nothing beats the feel of real retro plastic - car boots, charity shops, and eBay should be your first port of call, but there are many other ways to get your hands on older kit, including Facebook groups and other social media platforms where you can buy retro kit directly.

However, if it’s simplicity you seek, there are now many retro games consoles that should satisfy your needs.

Below are the consoles that Classic Replay recommends:

The Eagle Box, an Android Retro Games Console, will satisfy all of your retro gaming needs with it's ability to play all of your favourite childhood computers and consoles such as PS1, MAME, Dreamcast, N64, NeoGeo, Atari, NES, SNES, Gameboy, Gameboy Colour, Gameboy Advance, SEGA Master System, SEGA Mega Drive, CPS1, CPS2, Amiga, Commodore 64, ZX Spectrum and many more on your TV!

Perfect for adults, children and your living room.

Classic Replay has no direct association with any of these products and therefore does not list any websites. However, content to ensure details are up-to-date have been taken from Funstock.co.uk

It’s easy to setup and get going. You simply plug in and go, no waiting around. You can use the SD card slot to add your own games and it’s tiny, which means you can take it anywhere. You’ll need to pick up a wireless keyboard if you want to get the most out of it, especially if you want to play all those old adventure games, as the featureless remote you get with it, will cause more pain than entertain. Inside the box, you get the console itself, a game pad, a power adapter, remote control and an AV adapter. We fully recommend you pick up an HDMI cable for high resolution. 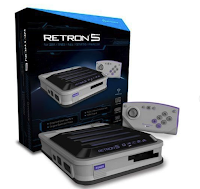 It comes with some really cool stickers, It works with the original old skool controllers, as the controller that comes with it is pants (Use SNES controller instead). There's HDMI connectivity that allows you to play directly through your spanking brand new LCD TV and it looks great, especially with all the filter and scanline options. But get this, it works with your old Sega Master System power base that probably doesn't work anymore. But it's also great for taking away on business trips, holiday or where there's a potential floor space issue. Playing Game Boy and Game boy Advance with no borders in HD is a fantastic experience, if a little blocky, but it really does work, quite how I'm unsure, but it works. It won't replace your real Megadrive or SNES, but it's great to own if you don't have easy access to those consoles anymore.