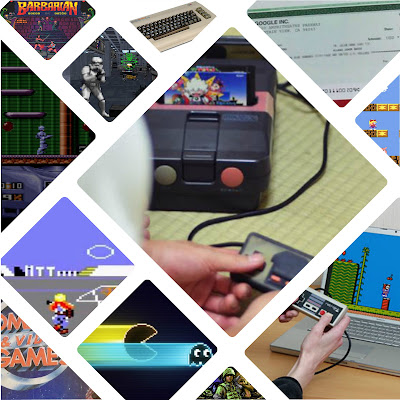 Lots of people have asked me if there's any money in running your own Blog or website? Well, in short, yes! But naturally, you only get out what you put in.


There are many reasons why I like to run my own blog, the main one being nostalgia, So for me, it's definitely worth it. I started using Google AdSense and Analytics after watching the web team where I used to work, poke and prod a big Google Analytics stick at the company website, the results were shocking, and this finally gave the team the tools and visibility needed to properly focus their efforts and resource.


If I'm totally honest, I still wasn’t all that 'into it', despite witnessing what it could do, but a friend of mine insisted I should persevere. I started to use it half-heartedly at first, but within just one month, after weeks of writing articles, Google sent me a cheque for £172! I thought it must be a spoof cheque, or maybe Google had sent it by mistake. But the cheque's kept coming, in fact, one month I had a cheque delivered through the letterbox totaling £400! I got a little bit too excited, punched the air at one stage, I’m sure my wife thought I might be gambling.


I started to take things a little more seriously, looked more into AdSense and how to properly place ads; I was amazed that Google had put so much effort into developing this software and I found it easy to work with and the highly intuitive interface. The system they use is called 'AD Placement', it works like a heat map for your web page, and they’ve statistically tested where the best place is for an Advertisement, it’s bloody marvelous.


There's a maximum amount of 3x advertisements per page, along with search and link capabilities, I did initially exhaust these features, but a few people complained that I was blasting them with too many ads. Surprisingly, apart from alienating a few readers, this didn't make much of a difference, maybe a few quid more here and there, so I reverted back to one or two ads per page. The other great news is that AdSense cleverly displays ads on the types of content you produce, and cleverly aims it at your audience. It really is so easy, you don't need to put your tech head on, you can just set it up and watch it go, whilst sitting back, playing games and writing about them.


I did attempt to take things further at one stage and listened to Podcasts and a few YouTube videos, but the method isn’t that complex, there are a few bad habits you should probably try to avoid, but it is all very much trial and error. Coincidently, I’ve now doubled my money by linking with Facebook and Twitter; I haven’t even tried Tumblr or YouTube yet, as I quickly run out of time these days.


I’m not going to lie to you, it still feels very much new and experimental to me, and I still feel like I’m missing out on a whizz of information, in the hope to take things even further, but maybe that’s more to do with content, or the minority audience I potentially cater for. I'm not a professional writer by any stretch of the imagination, I just like to dabble.


I say give it a go, it's not like it's going to cost you anything, and people might be genuinely interested in what you have to say. For example, I posted an article last week and I've been inundated with thousands of visitors. Unfortunately, only a small percentage of that traffic clicked on my ads. But who cares? My only intention is for people to read my article, comment on it, or discuss things further.


Just to put things into perspective, over the last twelve months, the profits from AdSense have afforded me a new Smart TV, Dell Inspiron Laptop; retro goodies, but more importantly, a few days out with the family. Don't get me wrong, it won't make you rich, but it'll certainly put a smile on your face.