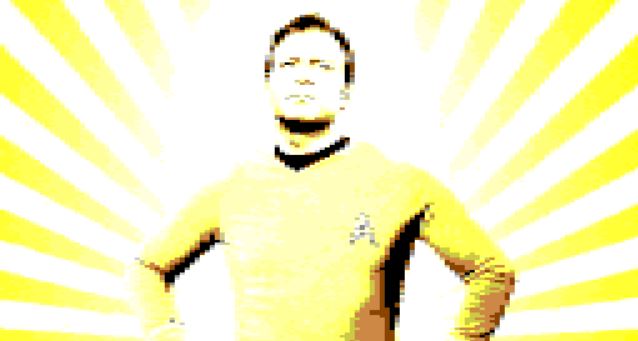 This will be a sweeping adventure through space and play out like an episode of Star Trek. Throughout the game, you'll upgrade your ship to its former glory, engage in turn-based combat, earn new experimental upgrades, and prevent the Federation from destruction. You’ll need to navigate the Alpha Quadrant, meet with new life forms and solve a variety of political disputes.

You start in a defensive stance, but you can use multiple actions in one turn, if you’re feeling brave, you can opt to miss a turn, this is a highly risky move, but should your shields hold, this builds up, even more, power, nine times out of ten, this will deal a deadly blow to an enemy vessel. Mess this up, though, and you’ll damn near lose everything. You won’t go back to the start, but you will have to go back to the last saved waypoint losing any upgrades you acquired during that mission.

Every time you defeat an enemy ship, you can choose to salvage crew and use ship for parts, destroy the enemy ship or let them go. The latter can be used as a bargaining chip should you run amuck with a sworn enemy of theirs, you can call upon them to help out, but this is not guaranteed. This can prove especially useful against tougher ships or more than one opponent.

This game will play out as the original series, each character including Kirk will become stronger and more proficient in their respective roles, and the more you progress. For example; Spock will give you logical explanations and differing levels of advice, but you will only be able to use the abilities of each character once for each section, if you proceed through a section without aid, the crew carries over an extra turn for the next section, but no more than two. Using the computer to scan or for advice is also classed as a move within each turn.

Unfortunately, I’m starting with zero game programming skills. I’ve been given lots of tips and advice on how to get started, but now have to decide on what programming language I will need to use in order to get there. I believe the code will need to be as tight as possible and 128K only in design. My first job will be to learn as much as possible over the next three to six months, sorry but this will be a long drawn out process. However, in between, I will draw out all of the graphics needed for the game, this bit I should be able to do on my own, hopefully.

So far it looks as though my head is leaning towards learning to program in ASM, harder I’m told, but I feel that long term, this will give me more control. I’m also a bit apprehensive about asking questions, feels a little embarrassing, but you know what, people have been really helpful, can’t believe it.

Next update in two weeks from now, until then… "second star to the right, and straight on till morning".
Amstrad CPC HOMEBREW Retro Retro Gaming Star Trek