Technology will save us! 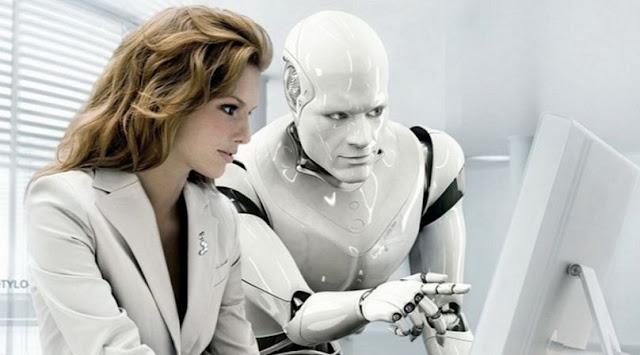 Pick up any newspaper or tune into any tv news channel and you'll hear all sorts of jargon sprinkled with spectacular unfounded statistics about how computers will one day take over the world.

This, for the most part, appears to capture and easily bind the audience in these sensational stories about the future use of computers. We read of them playing chess, choosing emotionally engaging music, passing the Turing test (not the best way to test computers in 2017) and provide electrical pulses to robotic fingertips that can be sent to the human brain, and the impression is given that electronic machines are ready to take over. In all of the this, the cautious qualifications of the experienced appear to be ignored in favour of those who have never experienced the struggles and difficulty presented by the use of computers. They, at least, have painstakingly learned that computers are no substitute for human thought: in fact, that preparing to put work on to a computer at the levels needed just to run write a Windows kernel, especially when considering the vast levels of backwards compatibility is one of the most mind-stretching exercises that anyone could ever be asked to do.

The key to the whole subject is that if we do not know how to perform a certain calculation or analytical process, then the computer cannot tell us how to do so. Unfortunately, we have to tell it. The problem is that the sci-fi element has been massively oversold throughout the years, unfortunately the obvious has been thrown out the window, namely that the computer is just a tool to do the job, albeit a very powerful tool, in a world where its effectiveness depends largely on the skill, experience and people who control its use.

The public image of machines and computers is an electronic brain outlined by an incomprehensible science. The cold hard truth is that these are simple machines, a group of simple machines if you prefer, whose actions are coordinated by a central automatic control. They can provide simple logical processes, they take in information and process it, store the information and then pass on the results. The program of instructions remains in the computer while it carries out the task and is replaced by a different set of programmes when a different job is needed.

A computer without a program is like a CD player without a CD. Thus, the modern computer can be used in regards to automation, mechanical aid, faster calculations, handling data for science, industry and commerce.
abacus Blaise Pascal Charles Babbage COMPUTERS Innovation Inventions