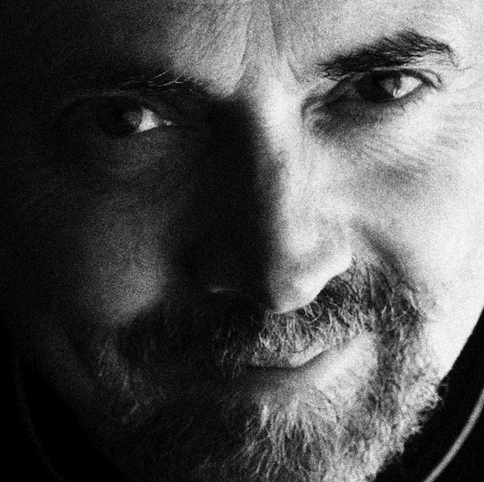 Rod Lawton started out as the production editor for 'ACE' magazine, he later went on to 'Amstrad Action' and was one of Future Publishing's longest standing editors. He lasted just over three years at the helm of 'AA' from December 1989 until 1993, and covered over 39 issues.

Q: Before computers and gaming, i.e. the dawn of time, what were your aspirations back then?

I was really into photography and, second to that, writing for a living.

Q: How did you get started with 'Amstrad Action'?

I got a job at Future Publishing as a production editor (the closest I could get to writing at the time) and worked my way up through the ranks.


Q: What was it like working at 'AA' towers, and do you still keep in touch with future and the crew?

There were lots of late nights but lots of fun too. Things were a bit more anarchic back then, and magazine teams could develop a personality for the mag without publishers having to pass it through a dozen focus groups first. I'm not really in touch with the crew any more, though I bump into them now and again online or over the phone – in publishing, old friends you haven't seen for years are constantly popping up again in new jobs at new companies and periodically your orbits cross unexpectedly.


Q: How important were good colourful graphics to games back then?

Colourful graphics were important, but actually there was a lot of emphasis on gameplay. Is it me, or have games got more simplistic over the years? Like Hollywood blockbusters, PS3 and X-Box games look fantastic, but suffer from linear gameplay and cliche-driven storylines.


Q: What was the worst CPC game you played whilst at the helm?


Q: So, you hold the record for longest serving editor at 'AA', spanning 39 issues over three years, what was the secret? Other than the Official Dreamcast Mag, and probably Edge, I don't think I've ever read a finer mag?

That's very kind of you. The secret? I took over the mag when the powers that be clearly thought it was near the end of the life. So we were left to run it with very little meddling. I've just got to say, though, that it's success wasn't down to me. The rest of the team supplied the wit, the research, the ideas and the expertise. I just held the rudder and kept shoveling coal into the boiler.

Q: Did Amstrad Action have that much of an effect on your career? If so, what was the most challenging bit?

A: I'm not sure about the effects on my career! I went on to books after that, but I did kind of miss the magazine work and I think maybe I should have stuck with it, even if it meant swapping companies... hmm, wish I'd thought of that at the time.

Q: Did you ever put your photography skills to good use for the mag?

Sadly, no. This was before digital, which meant that photography was expensive and used sparingly. If shots were needed, we booked a pro so that we could be sure of the quality. Now you can shoot ad hoc pics with a digital camera for small, incidental illos, check on the spot to make sure they're usable and have them off the memory card and into a page layout in a couple of minutes.


Q: Is there a formula for being a great editor?

Mmm, now that's a bit tricky. I've only been a magazine editor once, so what would I know? I do think that you need to develop a real empathy with your readers which you can't do with surveys and focus groups, and that you also need to (be allowed to) follow your instincts now and again and do things your way.


Q: Apparently you've been involved in writing many books on computing, and especially gaming. What can you tell us about this?

Not entirely true! I've written a couple of books on computing (and other things), but not on gaming. The vast majority of my work since AA has been freelance writing on computing and photography for magazines.


Q: What advice do you have for would be editors hoping to follow in your footsteps?

Find a good publisher! If you're employed for your skills and instincts, make sure you're allowed to use them. Not sure that's much help, mind.


Q: Have you got any unusual writing habits?

Not unusual, necessarily, but a couple of methods that work for me. In the early days I followed a two-stage create-revise process. The idea there is that you write 'creatively' without worrying whether it's grammatically correct, spelt right or even accurate, just to get some passion and flow into the thing. Then you swap hats, turn into a sub-editor and make it correct. If you try to correct things as you write, you tend to inhibit your own inventiveness. Now I follow a more dangerous route, assembling all the arguments and explanations in my head and then getting it down before the whole mental edifice evaporates... something like that, anyway.


Q: What's the worst criticism you have of the CPC?

Bit of a 'clackety' keyboard, I thought, and I couldn't stand loading things from tape. Apart from that, I can't actually remember.


Q: And finally, what were your top 5 games on the CPC?

Something else I can't remember, though number one would have to be Laser Squad, a game which has never been beaten on any platform and never will be. So there!   :-)