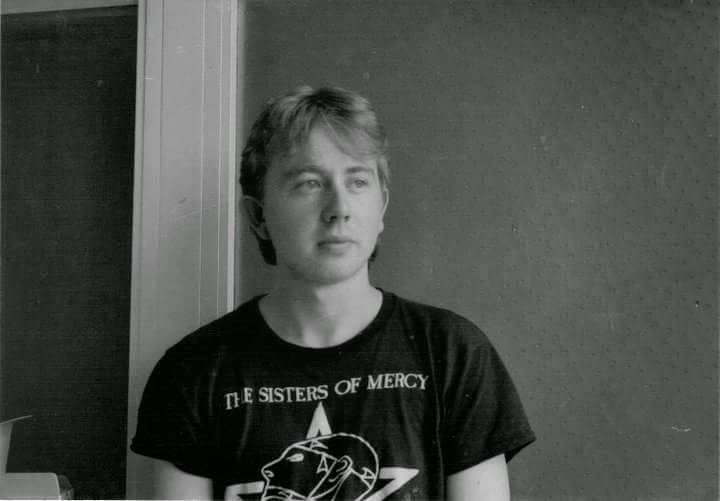 Stefan Walker is not only a CPC Legend, but an ace programmer in his own right. He was just twenty years of age when he snatched his first job at MicroProse, where he wrote the excellent Pirates for the Amstrad CPC. He later joined Electronic Arts and gave us Chuck Yeager’s Advanced Flight Trainer. ACE Magazine included Chuck Yeager in their top-100 games for 98-97. Retro Gamer awarded Pirates the 84th best game ever made.
Are you still passionate about games?
Not new games. I find them far too time consuming than the days of old when you could just pick up a joystick and play, now it’s 30 minutes of customising your character before you even see any gameplay. What was it like working in America compared to the industry in Britain? It was the late 80’s when I worked at Microprose in Baltimore. Reagan was still president, it was certainly a more relaxed ‘vibe’ than working in the UK, but the expectations were probably higher. The Americans were actually amazed that computers like the Spectrum and Amstrad had so much popularity. Did you enjoy your time at Electronic Arts, any interesting stories? Yes, I worked Freelance for them for about 2 years before going in house. There was in interesting story involving me making some derogatory comment to Trip Hawkins whilst I was drunk, but won’t say anymore Do you still keep in contact with people in the games industry? Well actually quite a few, it’s a close knit group from the 80’s and everyone kind of knows everyone. Of course the advent of social media has meant I’ve reconnected with a lot of guys I lost touch with. How did you get involved with the classic game... Pirates? Well, they wanted an Amstrad Version, simple as that. But they decided that the only way to make it properly was for me to work with Sid Meier - So off to the USA I went. And spent 6 happy months working with the great Sid. How long on average did an 8-bit game take to make? 3-4 months, the turn around was fast. How come the Amstrad version of Chuck Yeager runs faster than the C64, but slower than the Speccy? Simple. the C-64 was very poor at Bitmaps, Hardware sprites amazing, bitmaps poor, The Amstrad screen was wider that the spectrum screen, also the spectrum used pre-hashed stipple look ups to create ‘textures’ hence it was faster on the spectrum as well. Looks like you originally wrote your games on the CPC and then ported, why was this? I was mainly a CPC programmer in my Z-80 days, hence the Spectrum versions were done after. Do you know the sales figures for any of your games? Not really, Pirates did well so did Chuck, but was never privy to actual figures. How difficult was it to program Pirates on the CPC? Very! No hardware sprites, so a lot of memory was used just storing off masks and copy-regions. Also it used an middleware language that Sid invented somewhere between machine code and basic, so I had to make that work on the Amstrad too. How do you think the CPC rates compared with the other 8-bits? It’s my fave system, was underrated and underused. Pity it didn’t come out two years earlier and with a TV option, rather than being bundled with a monitor. Many people tell me that they spent most of their youth playing Pirates, and for some, the reason they got into programming, how do you feel about that? Amazing. I’m not sure I’d advocate any kid spending *all* their spare time playing games, but if they got into programming because of it. Well, thats just wow…! How do you think your version of Pirates compares with the C64 and Amiga? Considering the obstacles I had to overcome (No hardware sprites) I think it stacks up very well, It’s bloody close in every way, speed wise it runs a little slower in places, but not to it’s detriment.
Amstrad CPC interviews