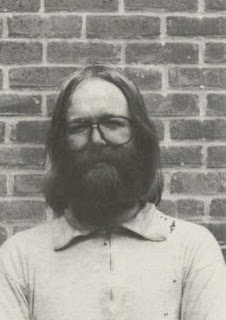 Are you still working with computers?
In 2000 I came back to Cambridge to do a PhD in the Computer Laboratory. I've remained an academic since then, in the Security Group.


What qualities have you found most important throughout your journey?
I've always found it useful to concentrate on the details. That's how you understand what's important about the big picture, and why that big picture is shaped the way it is.


What’s the worst job you’ve ever had?
I've always found work to be fun. Running our own software house for 13 years certainly helped, but I've enjoyed my other jobs as well.


Was your time with Alan Sugar as traumatic as it for the contestants in the Apprentice, did the partnership work out for you?
I only met Alan Sugar a handful of times -- and I found him to be extremely sharp and very focused on what mattered.
Why Amstrad?
They found us. The people they'd chosen to do their CPC project had let them down, and so they were looking for people who could rescue it. Our company, Locomotive Software, produced the software they needed; and we
introduced them to Mej Electronics, who did an excellent job in creating the hardware.


Do you miss working with the 8-bits?
These days I seldom even write in C or C++ but do most of my coding in Perl or Python. It's almost irrelevant now what the processor is, or even how many of them there are. But I'm still impressed every time I process a multi-gigabyte file, or see that a few gigabytes of RAM is smaller than the chips were on a CPC.


What was Roland Perry like, were you good friends?
I still know Roland Perry very well, and we come across each other in both our business and personal lives on a very regular basis.


Who were the real brains behind the Amstrad CPC Computer?
The software for the original 464 was created by Chris Hall, Paul Overell, Bruce Godden and myself... we all did our bit. Chris did more architecture, I did more integration, but we'd never have done it on schedule if we hadn't all worked as a team.  On the hardware side, the significant work was done by Mark Jones (Mej) and Roger Hurrey.


What’s been your most extravagant purchase?
I once bought an Amstrad video camera when I couldn't really afford it. It never worked very well and I hardly ever used it.


What do you think about modern computers, the Internet and gaming?
I spend my life using the Internet and doing research into its security. If it didn't exist I'd be doing something very different today. I seldom play modern games ... but I bought a collection CD last year, and am having another go at finishing some 1980s InfoCom adventures.


I think Locomotive basic was really easy to use, and probably ahead of its time. How did decide to begin working on such a product, and what do you think made it so special?
We originally wrote Mallard BASIC for Acorn's Z80 business add-on for the BBC Computer. They wanted to bundle a particular accounting package which needed BASIC, and also some sophisticated file handling features.
When Amstrad came knocking we adapted it for the CPC project. We'd seen all the *FX style features of the BBC machine, and wanted to offer similar control of sound, video, etc but without the obscurity of the FX numbers. So we added lots of keywords and hooked them into the machine's firmware, so that you could get fancy effects -- including interrupts and timers -- without having to leave BASIC.


Obviously you must have your hands full, but do you still find time to play around with old computers?
I occasionally get out a CPC, but not very often. Apart from anything else I need to purchase some replacement bands so that the disk drives rotate again. The original "rubber bands" have long perished.


What other programs / applications were you a fan of before you joined with Amstrad?
We contracted with Amstrad to deliver software, we never "joined". We'd been most impressed, as I recall, by the BBC machine. It was clearly superior to the Sinclair devices -- although I do remember the excitement of seeing a ZX80 for the first time; and having Roger Hurrey explain all the fancy tricks they'd used to cut down the component cost!


When it comes to education and experience, what would your advice be to those who are looking to follow in your footsteps?
My first degree is in Computer Science from the University of Manchester. Although that's over 30 years ago, there's not a day goes by when I don't apply some of the principles I learned then. So I'd say that there was definite value to a proper academic understanding of your subject. Apart from that I'd recommend being lucky.


Are the rumors true that you are the only person to own a prototype ANT ("Arnold Number Two")? If so how come and what were its specs… do you have a photo?
I don't know if anyone else has an ANT, but I hung on to the one that Locomotive was given. Been a few years since I turned it on, and it will certainly need a new disk drive band to make it work.
It's very similar to the PCW design, but more RAM is used for the screen and so it works in colour as well as black and green. If you configure it correctly it provides a perfect impersonation of a standard CPC machine, so that programs for that machine would run unchanged. But of course, using the enhanced screen features would have made games a whole heap better.
Amstrad CPC interviews