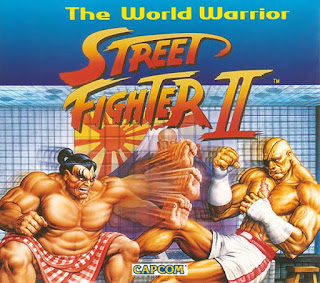 Regardless of the generation, this is still, the best place for a fight! Capcoms second game was a completely different beast when compared to its low-key predecessor. I felt the original was highly unplayable, especially the 8bit versions, but it was the graphics, animation and control scheme that all felt somewhat ancient.
With a huge array of options, the game’s overall priority remains focused on drawing you into the fight, as quickly as possible. The glitz, glam, and slick presentation spill over into every aspect of the game. This makes it easy to sift through the multiple game modes, and more importantly, the two player option. I couldn’t believe Capcom included twelve potential fighters, and even though I never managed to unlock three or four, Bison being one of them, the more I played, it was quickly evident that each and every challenger exhibited different strengths and weaknesses, and a unique style of play.

As for the look and feel of the game, it looked beautiful then, and still, does when considering the limitations, in fact, I appreciate it more. The sprites are amazing, the style and animation improved to the power of ten, with beautiful, well crafted, backdrops. I’m still amazed at how they managed to cram in all the character details. I love how each character features their own picturesque stage, my favourite will always be Guile, loved the ‘Top Gun’ theme he had going on, but the many locations are easily just as appealing.

Bizarrely, the wonderful, memorable music of ‘Newzealand Story’ and ‘Streetfighter 2’, quite often play out in a symphony, between my ears, especially at work, or in team meetings. I’m also noted for randomly shouting out (I can hear it now) “Yoga Fire”, “Sonic Boom” and “Shoryuken“, especially when alcohol is added, all magical stuff.

There were a lot of fighting games that had eight directional movements, but it was the six button attack approach that changed everything for me, with three punch buttons, and three kick buttons, each with differing strength and speed. The weaker kick and punch buttons didn’t do much damage, but they were quick and accurate. So, for instance, if you were to jab someone in the mouth, one hundred times, it might take longer, but eventually, they’re really going to feel it. Risking the heavier shots felt amazing if they landed, but they left you vulnerable, especially if blocked or timed poorly. 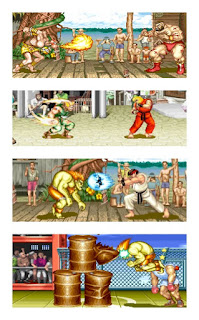 The single player campaign included bonus thrills galore, which included smashing a car to smithereens, similar to the level in Final fight. Then there were smashing barrels that dropped from a conveyor belt and a level where flammable barrels piled on top of each other. To be honest, I preferred to concentrate on just the fighting. It just felt like simplistic destruction; it was a nice distraction, the first one hundred games, but grated the more I played.

The difficulty ranged from ’0 to 7’, with seven being the hardest. I’m yet to complete the game on the highest difficulty level, I know I could do it if I really put my mind to it, but I tend to lose concentration and make silly mistakes. I once watched a friend complete it; he carries around bragging rights till this day. You see, in the beginning, I’d stand toe to toe, fight fire with fire, but wouldn’t get anywhere fast. We’d play at home, round a mate’s house, and at school, believe it or not. And eventually, after many losses, I finally held my own.

The two player option often descended into feet first, ask later, situation. I enjoyed the unpredictability of fighting with another human player. It still makes me nervous playing with mates today. There was this one kid who claimed to be unbeaten, and because I went on a bit of an undefeated run, my mate tried to set up a match with the two of us, it never happened, but I’m glad, as I remember actually feeling scared of the idea, he would have wiped the floor with me, but I wasn’t ready to give up my winning streak.

A bunch of us found, that to enjoy a proper fight, it was best to turn off the ‘timer’, as sometimes a fight would last for well over the ’99’ second-time limit, allowing us to commit the perfect murder.

Its unrivalled combat action is extremely easy to pick up but will take a lifetime to master. Even the latest and greatest Street Fighter games, all play out as a picture-perfect homage to this original classic, and that means it’s not possible to button mash your way to victory. The controls, style and insanity of the original have always fulfilled my burning desire for a scrap, and I suspect it’ll be a while yet before the waggon’s start to circle around Street Fighter 2.