Dave Needle, Original Amiga Engineer and Creator of the Atari Lynx and 3DO, Dies 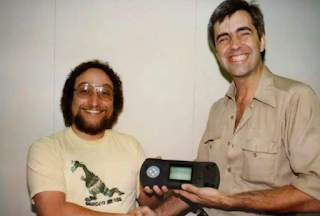 Dave Needle, an important figure in the computer and video game industries who designed three different hardware releases, has died.
Needle died last Friday of natural causes according to RJ Mical, a longtime friend and former business partner.
Needle was instrumental in creating the first Amiga personal computer, known as the Amiga 1000. The Amiga first released in July 1985. While Microsoft was developing its new Windows operating system for PCs and Apple was further establishing itself with the first “Macintosh,” Commodore’s original Amiga was considered ahead of its time because of its almost unrivaled and ground-breaking multitasking abilities along with advanced sound, video graphics and multimedia features.
Read more here:
http://quarterdisorder.com/2016/02/23/dave-needle-original-amiga-engineer-and-creator-of-the-atari-lynx-and-3do-dies/