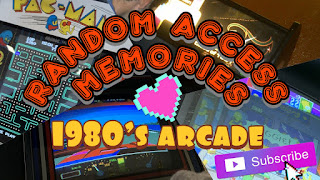 We all have fabulous memories of the first time we ever experienced an arcade. This is mine. My family would take one or two-week holidays to Wales, Cornwall or other British seaside towns. It's within these seaside places during several blistering summers that I lost my arcade virginity.
I can still remember the first time I ever walked into one. The noise of several arcade machines drowning out all others. Unbeknown to me then, I could hear Magical Sound Shower competing for volume with Atari's Star Wars and those of Pacman. My parents never liked to stay too long, where I was just getting into it. Part of the allure was just to peer over someone's shoulder to see how they played the game rather than just play it and then get completely wiped out, whilst at the same time judging and reviewing which games I wanted to pump my hard-earned coins into. It was a bit of a balancing act, but very rarely did I come across a complete dud, if anything, the major problem I had is the sheer amount of arcade games I wanted to play were way too many for the budget of a ten-year-old boy.
1980s Arcade