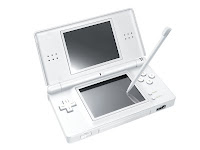 Here's an interesting fact, guess how many NDS units have sold to date? How about this then, just under 147.86 million (only the PS2 has sold more), with the new Super Mario Bros being its best selling game, totalling 27million.

According to Nintendo, hardware sales of the NDS are still good, and they'll continue production as long as software sales stay strong. No surprise there then, as the NDS has served people well, and will probably continue to do so for many moons to come.


For me the NDS has been fun, educational and great value for money. I've experienced some wonderful adventures and sailed the seven seas with Link. Its back catalogue is nothing short of mesmerising, with something for all ages.

The NDS is simply stunning, and unlike the Wii, developers actually made the most of its features. Mario and Zelda were the big crowd  pullers, but there were some truly great original games that didn't all come from Nintendo's stable.

You don't need a massive  abundance of disposable income to own an NDS, the console is cheap, the games on average cost pennies, and if you've never considered owning one, it's because you probably don't know any better.

You need the NDS more than you think, and then some... below is more reasons why?