Why don't they remake 1080 Snowboarding 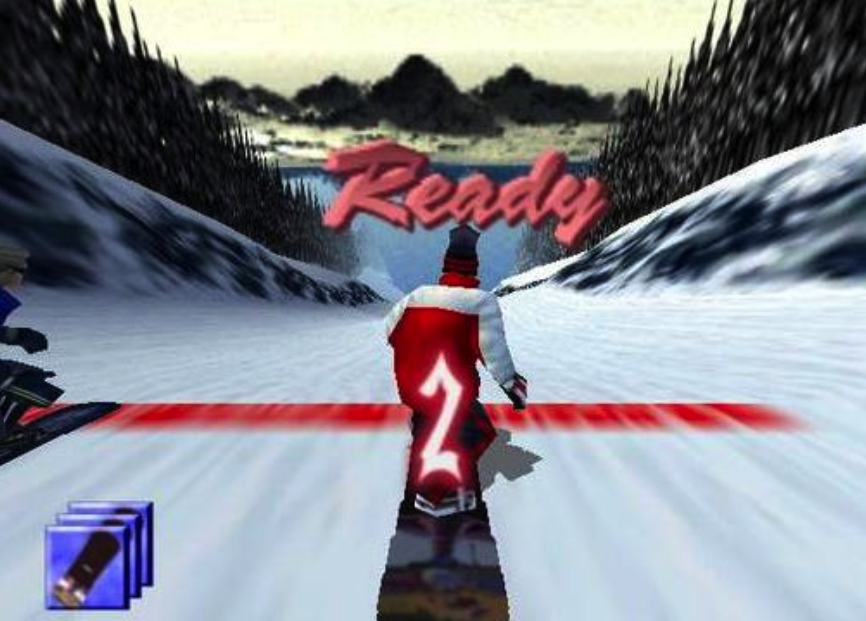 This is without question, the best fucking Snowboarding game ever made! Thrilling beyond belief, there's a good variety of extreme snowboarders and customisable kit to choose from.  This is the N64's finest hour, after Mario 64, Goldeneye, Zelda, ExciteBike 64, Bomberman 64, Banjo-Kazooi, Donkey Kong 64, StarFox 64, Mario Kart 64...

There's a sequel on the GameCube 'Avalanche', but the original is superlative in comparison. I mean seriously... the presentation... music and graphics are truly inspirational for the time. I didn't know the N64 had it in her. Big ballsy polygons fly about at phenomenal speed, with wonderfully detailed scenery and character animation.

There're about five or six modes, but the meat is in the arcade race, where you can race against the computer opponents or friends. The computer AI is set across three difficulty levels, on the highest setting, the only way to secure a win is to find the alternative routes within any given course.

Controls are slick, and it's needed, as quite often than not, I found myself hurtling forward at breakneck speed, whilst trying to avoid tight spots and moments of darkness. The precision and responsiveness of the controls allow for brave gameplay, with the ability to pull off big air moments. I've had a few untimely collisions with other racers over the years, highly frustrating at times, but the experience borders on magical as you storm from the top, middle to bottom.

If you missed 1080 the first time round, It's an excellent excuse to pull out the old N64 and see what all the fuss is about.