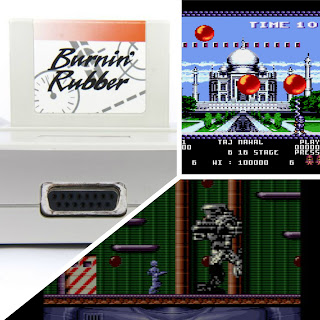 The promise of instant loading, outstanding gameplay, improved graphics, were now and truly into full swing. The front page of nearly every CPC or high street computer magazine were still displaying adverts, as though carts were here to stay. Navy Seals, Robocop 2, Shadow of the Beast and Pang, were cited as some of the best games to happen to an Amstrad in years.

Meanwhile, USGOLD announced Gauntlet 3, whilst continuing to plug away at their lackluster back catalogue, with the launch of Coin-Op Hits 2, it featured terrible CPC conversions of Ghouls 'n' Ghosts, Vigilante and Dynasty Wars, with a half decent version of Ninja Spirit, not sure why they included Hammerfist, It was never an arcade game, to begin with.

The excellent people from Probe announced that Back to the Future, Part III was imminent, featuring four levels of movie action, horse riding, shooting, pie throwing and traversing a moving train. It turned out to be actually rather good and captured the comedy and atmosphere of the movie, unfortunately, there just wasn't much depth. Computer and Video Games referred to Amstrad owners as "Cheapo-purchasing Amstrad owners", as only one full price game 'TMNT' from Imageworks, populated their CVG top twenty charts, with Cavemania from Atlantic topping the shop. 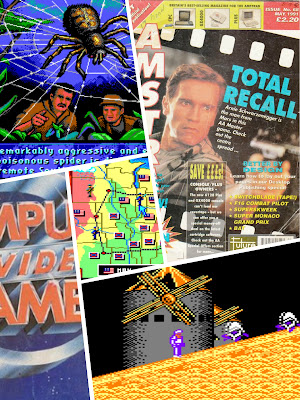 Infogrames released a CPC version of their then ageing 16-bit title 'North and South'. It went on to receive fantastic reviews and is considered to this day one of the best Amstrad games ever made, with Amstrad Action awarding it a 'Mastergame' with a score of 91%. The game also made an appearance in '1001 Video Games You Must Play Before You Die'.

Amstrad went on to slash the price of the GX4000, from £99 to £79, first signs that all wasn't well at Brentwood, with the price also slashed for the 464 Plus, down to £179. Gremlin also announced that they were in the process of releasing Switchblade for the Amstrad CPC cassette and disk, and although graphically inferior, would run faster than the GX4000 version.

It was also announced in CVG, that Snow Bros and Toki would be swinging onto the GX4000 and would cost you £24.99 each, almost twice the price  of the planned ZX Speccy conversions.

Domark would go on to tease us with Tengen's two players swashbuckling adventure, Skull and Crossbones, which would include eight levels, it turned out to be a scurvy sea-dog. It wasn't all doom and gloom, as Amstrad owners were about to get their first glimpse of 'Arachnophobia' from Disney soft, yes, a game from Disney, based on the Spielberg movie. It was 128k only and was absolutely brilliant.
464 Amstrad AMSTRAD CPC GAMING Retrogaming