The new age of Amstrad 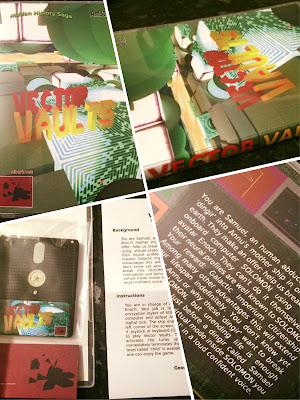 I'm sure the #CPC community at large has already played this wireframe wonder from Alberto Rodriguez. I personally can't get enough of it, in fact, I like it so much, I purchased the bugger on 3" Disk.

These are exciting times for the CPC community, I can't believe that after decades of being commercially dead, the #Amstrad CPC lives on, and appears to be going from strength to strength. I'd have been happy if everything would have stopped after the remake of R-Type, it was everything I'd hoped for, justice was served, the community could have packed up and gone home at this point, mission accomplished, Badda bing, Badda boom!

Thank the heavens they didn't, as what came after, continued to deliver, with the same high standards. It's a very strange thing that has happened, I'm witnessing games and graphics I never thought possible, but equally praying this sweet spot in CPC gaming, won't turn sour.

I can't prove it, but I reckon the Amstrad's recent revival, has turned the heads of other 8-bit communities, with more and more people embracing this guilty pleasure of ours, through emulation and original hardware. I'm really excited about the CPC's future, (Till death do us part) decades on, the CPC is still a perfect fit, sitting alongside my modern obsession for gaming, in a time and place where most eighties tech has long been destroyed, or turned into dust.

The digital age might have changed everything, but it doesn't feel as personal, I like my roots...
464 AMSTRAD CPC Retrogaming