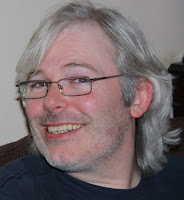 A while back I interviewed Bill Harbison, one of the chaps responsible for the likes of ChaseHQ and Batman... two of my favourite 8-bit games. I thought I'd lost the interview due to a system failure. Here it is, recovered from my now dead hard drive.

So, how did you get into the games industry?

I had owned a ZX Spectrum for quite some time back in 1988 and, as well as playing games, I was interested in creating art simply for the delight of seeing my work on a television screen. I progressed to taking pictures from arcade games and mocking up a screen of what that game might look like on the Spectrum. After comparing my screens to actual Spectrum conversions I thought that mine were as good or maybe a little better than the ones I'd seen, so with that in mind I targeted a few software companies with my work. After about a year of trying and almost ready to give up, I was offered a position at Ocean Software Ltd in Manchester.


What are your fondest memories of the 8-bit years?

It was just a great place to work, not always of course! Going into a studio to create games with people who had quickly become my friends was a great feeling. All the old Ocean crew have happy memories of that place.

Do you have a favorite 8-bit game of all time?

I used to spend may too much time playing Elite but I also liked games like Tir Na Nog, Highway Encounter and Stop the Express.

What games have you been involved with, worked on recently?

The last commercial game I worked on was Doctor Who - Top Trumps, on Nintendo DS, prior to that I'd been working on Sonic the Hedgehog, Sega Rally, TOCA and Worms on mobile.

How long would a game like Chase Hq take to create?

Chase HQ took about 3 months to complete the Spectrum and Amstrad versions. We had the arcade machine to play on but had no way to getting our hands on the actual graphics. This meant that I had to sit with a pad and pencil and sketch the graphics and animation frames while I was playing the game so later I could draw them in our sprite editor.

Did you earn fabulous amounts of money from your early 8-bit days?

I wouldn't say it was a 'fabulous' amount of money but we did alright. I do remember after being there for three years I realised I was earning more than my father had earned in twenty years working on manual labour. A sobering thought.

Where did the inspiration to become a graphics / artist come from?

I had been able to draw from quite a young age and showed some talent for it but I didn't know what to do with it. I suppose it was the ZX Spectrum that inspired me because i had to work within certain limitations, the colour clash and the low screen resolution for example. Obviously I was also inspired by other artists who were in the industry before me creating superb in-game graphics.

Which of your games or graphics are you most proud of and why?

I'm not really 'proud' of my own work because I look back at some of it and think of ways I could have done it better. However I do feel proud that I worked on games like Chase HQ, Batman and Jurassic Park and privileged to have worked with such talented programmers. I do feel gutted that we never got the chance to do Chase HQ 2 though.

Out of the three machines, CPC, C64, Speccy... which did you prefer to work on and why?

I had more experience on the Spectrum and the Amstrad CPC was quite similar to work with only there were more colours to play with. I only worked on one CBM64 game, I created the backgrounds for a game called Toki.  I wasn't really sure what I was doing and I think it showed.

What do you think about the next generation of consoles, are you working on any of them?

I've not worked on the Xbox 360 or PS3 but I do really enjoy the Nintendo DS. I guess that it is again mainly about creating graphics that look good within the machine's restrictions, that's what interests me more.

Why do you think the retro scene i.e. old machines are still popular?

I think they are still popular because they had such a big impact in our lives as kids and there were some truly original titles out there with ideas that are being plundered for games now. Also because the graphics were so basic it was up to your imagination to fill in the blanks, which is why when you look back at them today they look so much worse then how we remember them.

Any advice for people trying to break into the games industry?

I suppose my advice would have to be not to try and jump to the top of the ladder too quickly. The expectations of artists especially on the next-gen consoles are incredibly high and it can be easy to get disillusioned. I would say, start off on the lower end consoles first like DS, PSP or even Wii, then if you have potential you will be asked to play with the big boys on PS3 and Xbox 360.
64 Amiga Amstrad Arcade Commodore commodore 128 commodore 64 Commodore Amiga interviews NDS Spectrum