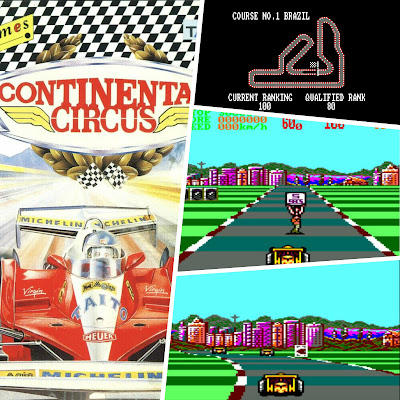 There are so many new games available for the PS4 and Xbox, I really struggle to keep up, let alone sift through the good ones. I’ve come up with a cunning plan to combat this - I’m going to stop playing new video games! Instead, I’ve decided to do a retro rewind, take stock, and hunt through my collection of forgotten classics from the 80’s and 90’s, no internet required.


I’m just as entertained playing old games, as I am playing new. Most of these games feel terrific and familiar, which means I can now break free of the video game rat race, and the constant fear of being left behind. For the first time in my life, I don’t have to play ‘em all.


With that in mind, I head to my garage, fight my way through all the crap piled up over the years, and stretch across an old sofa, in the direction of an old box. I catch it slightly with the edge of my fingers and pull it slowly towards me; it’s on top of an already unsteady pile. There’s dust everywhere, I blow at the top cover, cough, and blow again, before finally reaching down to open the lid.


Continental Circus immediately caught my gaze, and the memories instantly came flooding back. Although visually boring, this is a gem of a game on the CPC, up there amongst the best racers. It’s a smart take on Formula One, and from memory, one of the first racers where you had to pit. It was a critical hit when it first arrived, with Amstrad Action awarding it ‘Master Game’ status and a score of 92%.


If you haven’t already guessed, it’s one of my favourite racers on the CPC; I spent longer than I care to remember trying to master all the tracks. But it was definitely a great experience, especially when you consider that this game most likely laid the groundwork for the programmer’s Bill Caught and Pete Hickinson, who later went on to program Moonshine Racers and the legendary Amiga port of Road Rash.


Most people will probably look at Continental Circus on the CPC and instantly think, "outdated and boooooring?" But just hold on a sec. This game constantly gets you into trouble and requires extensive luck, but mostly practice. You’ll need to muster all of your driving techniques, picked up from the likes of Chase HQ and Wec le-Mans. If you loved the former, then you’ll probably dig Continental.


The cars are well defined, but they’re all yellow, and there’s a serious lack of animation, for instance, the wheels don’t spin - this is a problem I found with most CPC racers, Power Drift being a casing point. There’s a qualifying ranked system that works really well, it’s far from perfect, but with each race, it clearly shows the position you need to finish in in order to progress to the next race day. The really good news is that the screen update and sense of speed, is both fast and smooth, Continental is a very powerful translation of the arcade original to CPC.


There’s everything you’d expect from this style of racer, hills, collisions, pit lanes, rain, smoke and more importantly… Explosions! With a top speed of 248MPH, eight races, set over eight different countries, Brazil, France, America etc. And a clever system, where it’s still possible to creep over the finish line, with zero seconds on the clock, I can’t but help love it, not even Outrun allowed that.


You can gain considerable ground at the start through expert timing. Wait about half a second after the first red light, and then accelerate until the second one comes on. Now wait for the green light to come on, then hit the throttle and you will launch off the line.
80s Amstrad AMSTRAD CPC Arcade Commodore commodore 64 GAMING Retro Retro Gaming ZX Spectrum