The Craziest race on the 8 and 16bits!

#CrazyCars #CrazyCars3 #RetroGaming #Amiga #PC #AmstradCPC # AtariST
I first played Crazy Cars 3 on a display Commodore Amiga on the second floor of WHSmiths. Not only was this game supremely well-programmed, for me it was one of the best racing game I'd played since Outrun in the arcade.
In this particular racer, you competed against other street racers and worked your way through four divisions. You could even increase your chances of earning extra cash to buy a challenge license that enabled you to play a bonus level that you needed to win in order to progress. You would do this by betting against the other drivers and raising funds rapidly should you pull off a win.
The graphics, sound, and controls are some of the best I've seen on the Miggy, unfortunately, that was the last time I played the Amiga version until many years later, the good news is that I had it on the Amstrad CPC and whilst it wasn't in the same division, I played that game religiously for weeks on end.
I recently discovered the Amiga in its entirety for the first time a few months back, what I mean by that is I was lucky enough to inherit somebody's old Amiga collection, with over two hundred games including Crazy Cars 3! The best news is despite offering him a bunch of money, he wouldn't hear of it and handed it over for free.
I did a video below of Crazy Cars 3 that I think you might like. Thanks for stopping by and don't forget to subscribe for more great content. 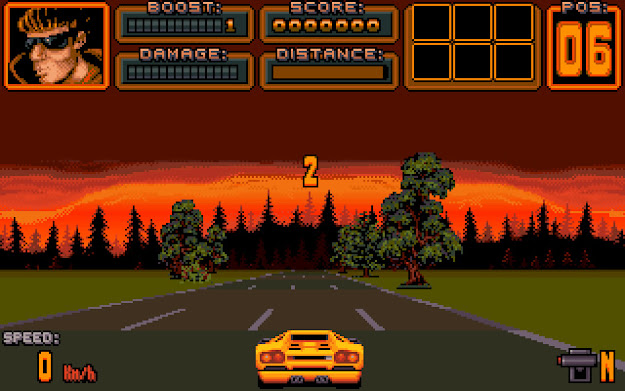