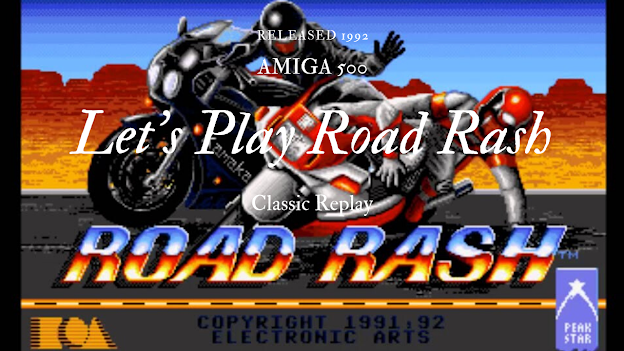 Platforms: Sega Genesis, PlayStation, Master System, Nintendo 64, 3DO Interactive Multiplayer, Sega Saturn, Game Boy Advance, Game Boy, Amiga, Game Gear, Atari ST.
Road Rash took the ingredients from Yu Suzuki's Hang On and introduced clobbering. It's unbelievable to think that nobody had thought of introducing violence of this manner into a racing game before the likes of Road Rash.
I grew up like many playing the Sega Megadrive version, which let's face it, is still one of the best bike racing games to appear on SEGA's console. The second iteration of Road Rash is even better, instead of changing the fantastic gameplay of the original, you just get more of the same great racing.
It wasn't until a few weeks ago I even realised that Road Rash was a thing on the Commodore Amiga. It features everything that made the Megadrive version the phenomenon we all know and love but the Amiga version for whatever reason does take a slight hit on the speed. Despite this, it's still highly playable and I would recommend Road Rash fans or racing fans alike, check it out.
I've put a video together below capturing some of the best moments... Let me know your thoughts and subscribe for more content.