Tell me about the Saturn? 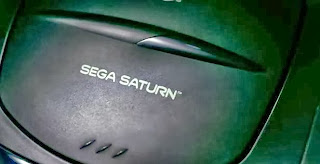 It's big, it's powerful, and a good all-rounder. The Sega Saturn might not be the most glamorous in the polygon department, but its ability to churn out games like Sega Rally and Panzer Dragoon caused quite a stir in gaming circles.

Originally priced at £399, and released four months early without informing either the developers or retailer. SEGA showed the world and more importantly Sony, how not to release a console. Retailers were outraged as they were already trying to clear down previous stock for all the existing Sega hardware taking up valuable shelf space. The PlayStation ruled, but the Saturn shouldn't have been left so far behind.


It used two Hitachi SuperH-2 7604 32-bit RISC processors at 28.63 MHz and many other off the shelf parts that made development difficult, but most Japanese developers swore by it and were able to produce exciting results. The Sega Saturn wasn't the wet salmon everyone believed, underneath the plastic lay a roast leg of lamb, you just needed to leave it in the oven longer in order to get the best results.


Should I get one?


There's a curious shift towards the Sega Saturn of late, people want to experience what would have been, or what they've missed. Right now I have a Saturn in my study, a JAP Saturn next to my sofa, plus four cupboards full of games. My Saturn is very much alive. Duke Nukem and Sega Rally help to keep my system warm.

This is the good part, you don't have to be an expert, just buy what you like and start a collection. Look out for special editions and make the most of the cheap games on eBay. And take the opportunity to join popular Sega forums and read online magazines. You'll find all sorts of people selling the console with games for under £25. Which gives amazing value! Recently I purchased ManxTT for 99p from a car boot sale. Hours of fun was had.

If you're looking for a fun console to collect for, with plenty of games and a big historical background. The Sega Saturn would make a great choice. Just brace yourself for that twist.

ACTUA SOCCER:
One of the best footy games at the time really had that fast pace about it. It's no FIFA, but I played this for hours back in the day.

BOMBERMAN:
One of the best party games I've ever played and the SEGA SATURN version is the best ever made.

METAL SLUG:
For me, Metal Slug is and always will be the best run and gun series ever made. Contra comes a close second.

PANDEMONIUM:
I first experienced this on the SEGA Saturn, I know there's a PS version, but this is where I played it first. Amazing game, fluid graphics and still playable even today.

SONIC JAM:
Before the Sonic Mega Collection on the PS2... We had Sonic Jam on the Sega Saturn. This included Sonic World and all the Megadrive classics including Sonic and Knuckles. Very rare!

DOOM:
It doesn't get much better than this for me. I personally love this port of the game, frame rate sucks a little, but I was used to playing Doom in small windows on my dads PC.

MANX TT:
The Saturn catered for all my racing needs, this took simulation and mixed it with all the thrills you'd expect from an arcade game. Still, play this today... looks ugly, but plays really well.

THUNDERFORCE V:
Made the journey from 16-bit to 32-bit and not only improved, but took the graphics and playability to a new level. One of my favourite shooters of all time.

TOMB RAIDER:
There was a time when people wouldn't see me for days on end. Tomb Raider was to blame. I'd skip days off work just to play this game until completion. The only series to do that to me since Tomb Raider is Uncharted.

SEGA RALLY:
Probably my favourite Rally game of all time...