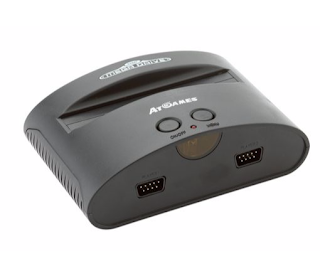 We all remember the impact of the SEGA Mega Drive, also known as the Sega Genesis in the US. All the cool kids had one, it was the best thing since sliced bread until the SNES arrived. But now it's back, in fact, its been back a while, but these things can't be rushed, especially when you consider the time needed, to properly sit down and give all those lovely iconic classics, a thorough going over.

For instance, game titles include Sonic the Hedgehog, the legendary Streets of Rage, Golden Axe, Altered Beast, and more importantly, Mortal Kombat! Back in the day, the Megadrive really excited me, it looked and played better than any computer or game console before it, and for the first time, I can remember thinking, ‘how games have come a long way and looked on par with those from the arcade’.

This new model comes bundled with two wireless controllers, power cables and AV connectivity. There's a total of eighty built-in games, which should keep anyone happy. But for hardcore collectors, there's also the option to play multi region cartridges, and every game I've tried thus far, works perfectly, unlike the Megadrive portable. 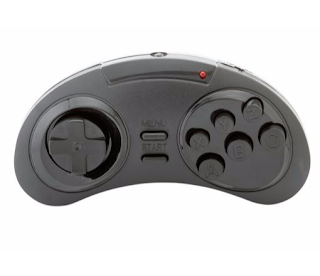 There’s no earphone jack,The wireless controllers feel a bit cheap, and buttons have that annoying clickety-click when pressed, but they do give a solid in game performance. For the ultimate experience, the system allows you to pick up, and plug in original controllers, this for me is magnificent, as I've kept a few of my original controllers, and it was great to play with 'em once more, after years of gathering dust.

So a big thank you to Apex and AtGames, for bringing back an old flame of mine, that looks and feels just as good as I remember. Worth the investment, and great for the kids to get into.

What others have said:

Good value for money
Hours of fun playing retro games from the 80/90's. Unfortunately, the joypads are cordless, and unless you are actually pointing at the console, you lose contact. There are ports to plug in controllers tho. Also, there's a game slot so if there's any sega game you miss playing, it's still possible to plug in. Very lightweight and easy to assemble. We took this away with us for the weekend to keep kids entertained. Small and compact.

Great retro gaming system
Bought this to play with my sons, brings back many a good memory of playing Sega Megadrive with my brother and sister back in the day...good console but the some of the built in games are a bit naff, but then again for £50 and 80 games I cannot grumble really.
Charles

Of the built-in games, below are classics you'll want to play: