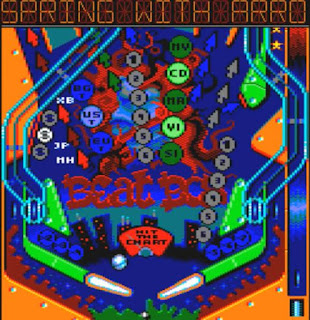 I've finally played it, admittedly only a demo of the first level, but so far things look and play just as good as the Amiga original. This will never replace a real life Pinball experience, but it's bloody good for a computer simulation. The ball moves exactly as you'd expect, and the flippers are highly accurate, you can even give the table a shove. Graphically I've never seen anything like it on the CPC, initially I was convinced it was Plus only, but the programmers have outdone themselves with this one.

Time will tell how good this game translates to the CPC, but so far, on current form, this could go down as the best game ever for the CPC!

* IMPORTANT! We strongly recommend to play the game on real CPC & monitor!