'All in one' Consoles, some random thoughts... 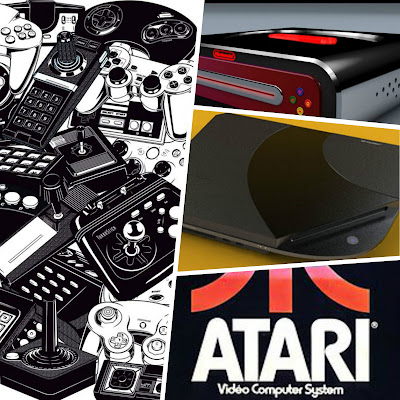 I’m sitting here staring at a blank white Microsoft Word background. My head is swimming with random retro thoughts, however, I haven’t got a clue where I’m gonna go with this, but I'll give it a shot.

I've currently been thinking about all these new remakes i.e. The NES, Megadrive and five hundred other devices that are currently available or incoming. Initially, I was really excited by it all, but in essence, these are just more lumps of plastic that I’ve already collected. In 2016, shouldn't we be able to play all our favourite games on a single platform?

For sure we have the PC and Raspberry Pie, but I’m thinking more along the lines of a SEGA console that plays all SEGA games, for example; SMS, Megadrive, Game Gear, 32X, Saturn, and Dreamcast all in one lovely lump of Japanese plastic. The same goes for Nintendo, Atari and any other console manufacturer, sick of the prospect of buying yet another lump of plastic and feeling restricted to only one genre of console.

I did warn you it would be random, I’m not even sure if the technology is available, despite living in 2016? In theory, it wouldn’t need anything more powerful than a Dreamcast, with multiple slots and a GD-ROM drive; essentially it would be yesterday’s tech at rock bottom prices, with full compatibility with all regions of games and support for enhanced carts. I know we have the Retron 5, but it just doesn’t feel like enough, I wanna play my 32X and Game Gear all in one place.

It would also need to include support for an SD slot and all the original gamepads and peripherals, which would include a light gun conversion, with a Wii-like gun that would work on LCD TV’s; a keyboard for games such as ‘Typing of the Dead’ would also be beneficial. Would it really be that difficult for the creative juices of SEGA and Nintendo to come up with such a thing instead of drip feeding retro gaming enthusiasts with one iteration at a time?
80s 90s Amiga Amstrad Arcade Atari C64 coin-op Dreamcast GAMING Genesis Megadrive Nostalgia Remakes Retro Retro Gaming Retrogaming Saturn Sega ZX Spectrum